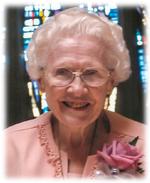 “I’ve gone to the Concert, where Saints and Angels sing...”
— Dave Pipitone 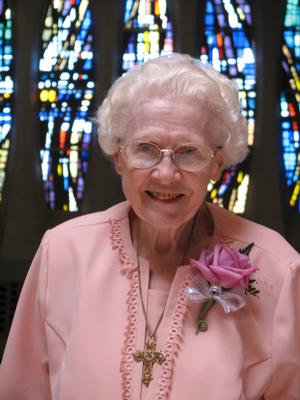 On her way to work at Bucyrus International in South Milwaukee, WI, during World War II, young Pat McCarthy would stop at St. John’s Parish early each morning to play the organ for Mass. One day Mother Romana, superior of the Racine Dominicans, was visiting. She took note of the talented organist and asked the sisters about her.

When Pat came home from work that day, her mother said Mother Romana wanted to meet with her. Mother Romana asked Pat if she “would give a year to the Lord” by serving the Racine Dominicans. The invitation came on the same day that Bucyrus proposed sending Pat to Marquette University for an education in engineering. To her father’s dismay, Pat chose Mother Romana’s invitation.

She taught at St. Patrick’s in Racine that year, and during the wartime black-outs, she would lead the entire school in sing-alongs in the basement.

The following year Pat joined the community, becoming Sister Irene. For most of her 60 years as a sister, she taught music, often working 12 hours a day to give piano lessons after a full day at school. Though she enjoyed teaching music, S. Irene missed having time to get to know the sisters with whom she lived. Typically, she would eat and pray by herself.

S. Irene also coordinated the music for Mass and special celebrations. She trained and directed the men’s choir for the first Mass of Fr. George Maloney in Green Bay when he was ordained into the Russian Byzantine Church, the last time this music was sung in the U.S. before churches began celebrating liturgies in the vernacular. While ministering at Holy Trinity in Racine, she also played the organ at the first Mass of a young priest named Richard Sklba (now retired Auxiliary Bishop of Milwaukee).

Now living at Becker-Shoop, S. Irene continues to share her musical talents. She recently saved the day when the pianist for the annual memorial service at Becker-Shoop Center failed to appear. She played the tunes from two of her books, and the families attending the service were very grateful. On another occasion, when S. Irene was playing the piano near the main entrance, she played the Marquette University fight song. A woman visiting her husband expressed special gratitude to S. Irene because, "Marquette is our Alma Mater.”