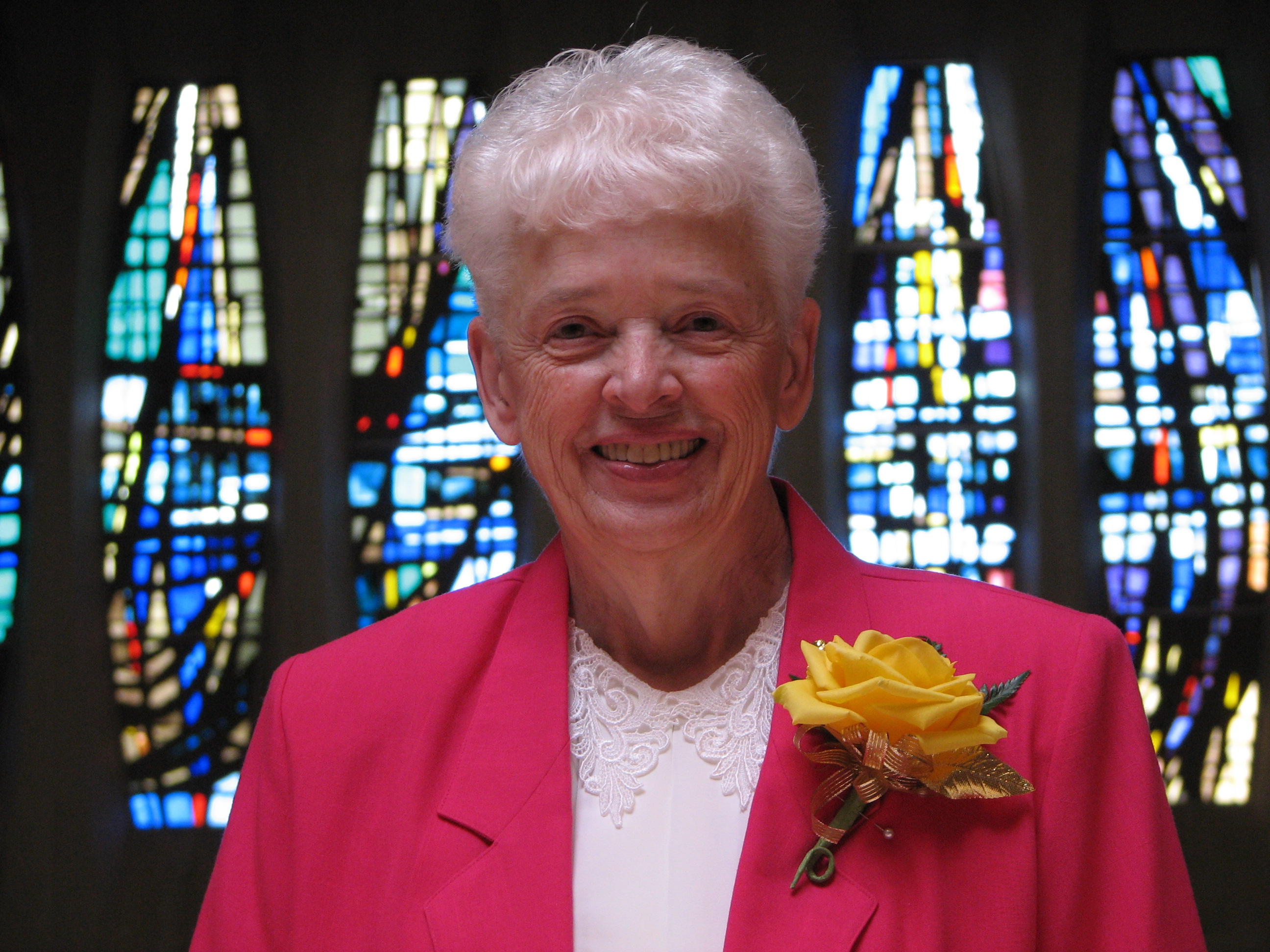 From an interview in 2008 for S. Betty's 50th Jubilee Celebration

Growing up on a farm near , Betty Olley thought she would always live the rural lifestyle. What better world could there be for an independent spirit than the wide open fields and bucolic beauty of the farm?

After Betty had finished high school and was working in , S. Theophila asked her one day if she would teach the third grade at St. Rita’s. Betty agreed, and “it was a very interesting year,” she recalled. In March, the Racine Dominicans sponsored a Vocation Day at the mother house, and Betty attended, more out of curiosity than intent to join. S. Mary Magdalen, however, had plans for the young woman!

That September, Betty accepted her invitation to enter the community. “We had a very good class,” S. Betty remembered. “We had good times together, and ours was the first class that stayed in the Juniorate for two years,” which allowed the young sisters to complete their college education before going out to teach.

In subsequent years, S. Betty taught primary grades in Plain, WI (once again enjoying the landscape and uniqueness of a farming community),  and ’s central city, always appreciating “the joy of students learning” wherever she went. In her 27 years in , in addition to teaching, she wrote grants to obtain computers for St. Leo and St. Rose Catholic Urban Academies. She then developed a program for children to reinforce reading and math skills with the help of the computer.

In her 50 years as a sister, S. Betty has found “living in community to be very rewarding. The support means so much, and being able to count on that support is what keeps you going.”

Being back in , near her family, means a great deal to S. Betty, and “living with Michelle is a treasure,” she said. She appreciates the relationships she has in both community and family.

S. Betty Olley volunteered her services and expertise as videographer for the Racine Dominicans from [need to verify] until 2015. She saw the advantages for use in the classroom and learned editing, as well as, the tricks of the trade and the ins and outs of the camera. In addition to videotaping outside events upon request, she became the defacto videographer for the Racine Dominicans taping every funeral, remembering service, jubilee celebration, associate ceremony and most other events. Later, this became an official duty and her work is a valuable contribution to the historical archives of the Racine Dominicans.