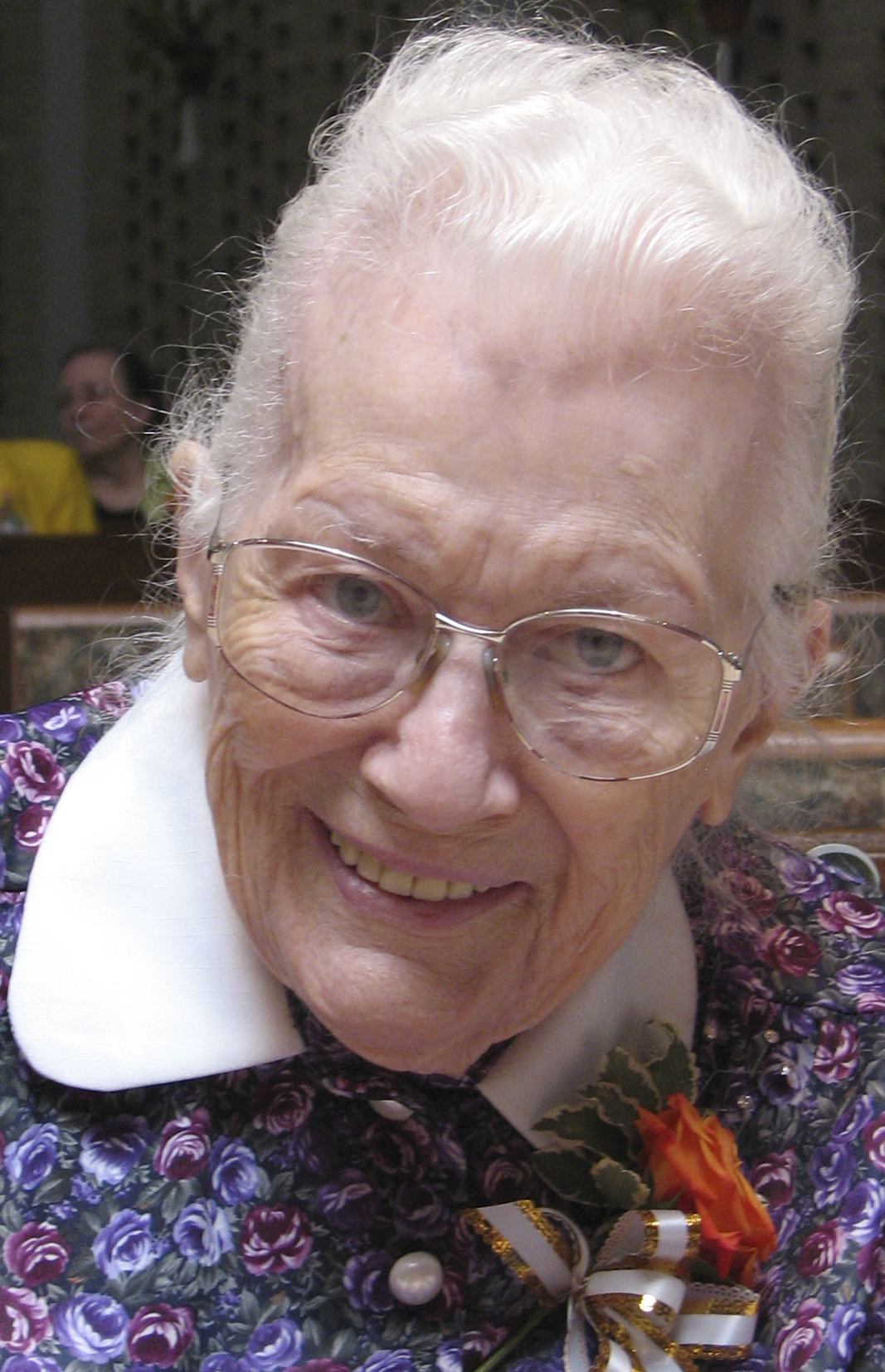 “My  parents  were  overjoyed  on  that  hot  july  12,  1913,  when  I  caMe  Into  the  world, a healthy baby girl, whom they named Catherine Petronella in honor of both grandmothers,” S. Catherine Verbeten wrote in her autobiography. “Because their first child, a boy, died at the age of four months, a sturdy little body was welcome, regardless of sex.” Six more sturdy little bodies followed, and Catherine was a great help to her mother in caring for and teaching them.

By the time Catherine started school, the Verbeten family had moved from her birthplace of Combined Locks to Kimberly, WI. She witnessed how the Racine Dominican Sisters at Holy Name convent lived, worked and recreated together. Her family lived next door to them for most of her grade school years, and they were her teachers, whom she respected.

Catherine asked several times to join the community, but her parents felt she should wait until she was 21 to make that decision. Her mother also needed help at home and wanted Catherine to work in the

family store, rather than go to high school. The determined Catherine begged to attend high school, saying she would help at home, work in the store, and take on other jobs to pay her school expenses. “I babysat several nights a week, Grandpa Verbeten paid me for doing his ironing and cleaning his house once a week, and I got a job selling California Perfume Products, forerunner of Avon Products, door to door.”

Upon finishing high school, Catherine worked in the family’s store until she was 19, when her parents gave in, allowing her to go to Racine and join the Dominicans. A year later she became Sister Huberta at her reception. After the Vatican II Council, she readily embraced the changes in the church (other than giving up the habit) and returned to her baptismal name.

For over 50 years, S. Catherine taught grades 2-8, and especially enjoyed teaching younger children their prayers. Being a reading specialist also gave her great joy, enabling her to give extra time and attention to those who needed it and to challenge those who learned quickly.

Respected as an excellent teacher herself, S. Catherine encouraged younger teachers. When S. Mary Vaughn first began teaching, S. Catherine served as mentor and instructor. “She built confidence in me that led to 44 years of teaching,” S. Mary reflected. “She was a great support.”

Upon “retiring” from teaching from Holy Cross School in Kaukauna, S. Catherine continued to volunteer in the parish, visiting homebound parishioners and neighbors. When she moved to Siena Center in 1993, she immediately volunteered in the Senior Companion Program and continued until a fall in 2010 resulted in a broken hip, limiting her activities. When she could no longer go out to visit her “companions,” she wrote letters to them regularly.

As long as she was able, S. Catherine enjoyed spending her time “in prayer, visiting the sick, and lending a helping hand in the work of the community when there is a need,” she said. Always an avid reader, she continued to enjoy biographies, newspapers and historical fiction into her centenarian years.

At age 81, S. Catherine wrote, “I’m grateful God has given me all these years in His service.” Little could she imagine that her service was far from over – with 22 more years to come! And even after dealing with difficult transitions and physical challenges, a sincere spirit of gratitude characterized her to the very end. As she introduced herself to other retreatants in the 2015 Holy Week retreat, “I’m blind; I’m deaf; but I’m present!”