Our government tells us that drones are smart, and target only “the bad guys.” I have no doubt that the drone operators sitting in a secure location aim their super-sophisticated technology at what they believe are the “bad guys.” This, in itself, I condemn as assassination, extra-judicial killing. In addition, I, along with many others opposed to drone warfare, raise two questions: How credible is the intelligence identifying a person as a militant extremist? Who is killed along with the targeted individual? 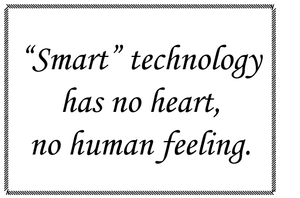 On October 4, 2012, I, together with 34 other Code Pink peace delegates to Pakistan, sat in the office of the Foundation for Fundamental Rights, in Islamabad, listening to Karim Kahn, a Pashtun tribal leader. Karim told us of the drone attack on his village in Waziristan that destroyed his house and killed his son, who had just graduated from high school, and his brother, a teacher who guided his students away from a mindset of violence.  The drone, Karim told us, was reported to have killed Haji Omar, a Taliban commander.  But, said Karim, Haji was nowhere near that location at the time of the attack. And, emphasizing his disgust with dismissive gestures and grim humor, he said, “Two weeks later, I hear that Haji has again been killed in an attack, and later again, that Haji Omar has been killed.  What’s going on here?  How many times can a man die?”

Asif Mahmood, a lawyer and fellow of the International Institute of Strategic Studies and Research in Islamabad, reports that the CIA used poor farmers as informants, paying them to place sensitized chips on the sites where a Taliban or al Quaeda leader would be at a particular time.  One informant said, “I started throwing the chips all over.  I knew people were dying because of what I was doing, but I needed money.”[1]

The Code Pink delegation spent a night in a rural compound in the Federally Administered Tribal Areas. I spoke with one of the men there about drones. He told me that a person trusted by the United States might assure his U.S. contacts that an al Quaeda or Taliban leader would be in a particular place on a particular day, when in fact, he is directing the U.S. drone crew to his personal or tribal enemy.

And who does a drone attack rip to pieces? Maybe the intelligence leading to the attack is accurate, and a militant leader is assassinated. Or an assumed militant. Who else? Peter Bergen, Director of the New America Foundation’s National Security Studies program and the security analyst at CNN recently stated that “Today, for the first time the estimated civilian death rate [from drone strikes in Pakistan] is close to or at zero.”[2] Clive Smith, founder and director of the human rights advocacy group Reprieve, reports on his November, 2011 meeting with twenty Pashtun tribal elders to discuss their view on the drone attacks in their villages. “When it was my turn to speak, I mentioned the official American position: that these were precision strikes and no innocent civilian had been killed in 15 months. My comments were met with snorts of derision.”[3]

The tribal leaders were, perhaps, remembering the attack of March 17, 2011, when hellfire missiles killed 42 of their leaders, gathered as a juridical body. Even the word killed, however, masks the horror of the killing. This is not a sniper’s clean shot. Karim Kahn, mentioned above, described picking up the pieces of flesh that had been his son and his brother. At another meeting, the Code Pink delegates met Noor Behram, a Pakistani photographer committed to documenting the killing of children by drone attacks. We saw images of children and babies riddled with shrapnel, a child with the top of his head sheared off.

“Smart” technology has no heart, no human feeling. It cannot know the anguish of a mother and father, a brother and sister who must bury a loved one’s arm, hoping it is indeed the loved one’s arm.