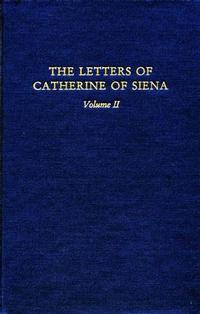 Sometime around 1370 Catherine began to use letter-writing as one of her favored means of reaching out, advising, and influencing others in favor of her causes — possibly in a conscious modeling of herself upon Paul the Apostle, who was particularly dear to her.

Approximately 385 of these letters (most of them spread from 1374 until her death in 1380) have been discovered and published to date, addressed to a remarkably wide variety of her contemporaries — popes, cardinals and bishops, royalty and public officials, family and friends and disciples, and an assortment of others, including allies and opponents, a mercenary captain, a prostitute, a homosexual, and political prisoners. Her purpose, however, was always deeper than the merely social or informational; she was interested primarily in the eternal dimension of personal lives and societal affairs. The letters bear a particular added interest because her activity extended so far beyond the normal feminine bounds of her time and her status in church and society.

Suzanne Noffke, OP, has published all of Catherine’s letters in four volumes, all of which can be purchased directly from the publisher (Tempe: Medieval & Renaissance Texts & Studies, 2000, 2001, 2007, 2008), either from its Web site at http://www.asu.edu/clas/acmrs/publications/mrts/italy.html or

The Letters can also be obtained through other major book sources or purchased in the bookstore of the Siena Retreat Center. 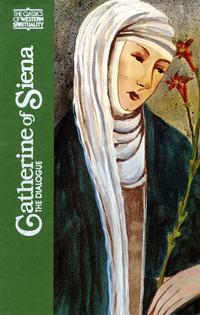 The Dialogue, Catherine's crowning work, represents her bequest of all her teaching to her followers. She called it simply "the book," and in it she endeavored to share with her disciples and others her vision of life with God in Christ composed in the form of a conversation between herself and God, the Father.

The Dialogue can also be obtained through other major book sources or purchased in the bookstore of the Siena Retreat Center.

* It is important to note that a nineteenth-century translation by Algar Thorold is also available, but that translation is much abridged and often inaccurate. It is often simply advertised as The Dialogue, with no note as to its origins.

Prayers of St. Catherine of Siena

A collection of 26 of Catherine's spontaneous prayers, all from the last four years of her life and most from her final 17 months, were preserved by her scribes. They, along with her letters of that same period, express Catherine's spirituality at its most mature. Suzanne Noffke, OP, has set her translation of these prayers in sense lines, thus making them more accessible to meditative reading.

The latest edition of The Prayers of Catherine of Siena (San Jose: iUniverse.com, 2001) can be purchased at the bookstore of the Siena Retreat Center.